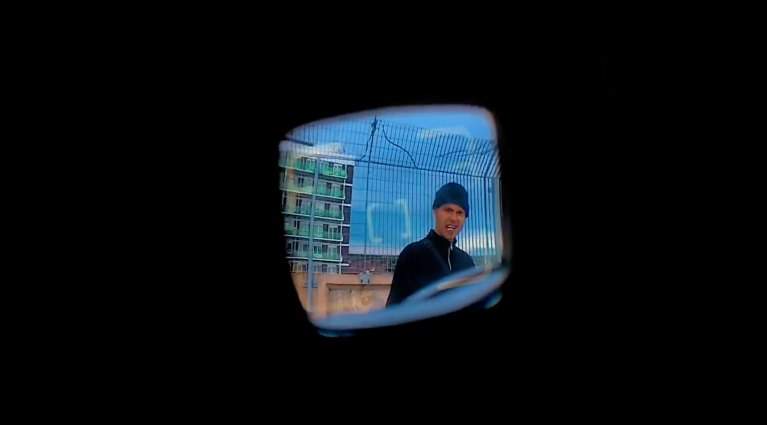 When people talk about the current state of the UK’s flourishing hip-hop scene, they, as is the case in most conversations of a related nature, fixate on the nation’s capital: Loyle Carner, Kojey Radical, Dave, Not3s, J Hus, Octavian, 808INK, and so on and so forth. Don’t mention that to slowthai though. He hails from Northampton, a city that doesn’t often top lists of important locations when it comes to gritty rap, but instead, like most places that aren’t bustling metropolitan cities, is only really mentioned in terms of mundanity – he’d like remind you that life is just as rough, if not rougher, outside the inner-cities as it is within.

You only need to do a quick YouTube search of a slowthai live performance to see that this man embodies punk spirit – there’s a vicious atmosphere in air as he indicts the nation, proudly flaunting his ‘Nothing Great About Britain’ tattoo, strutting around in his boxers, whipping the crowd into a frenzied mosh. You’ll even see the self-proclaimed “King of Northampton” yelling “Fuck the Queen” in front of the flag as the national anthem blares out.

Security don’t have a chance.

Anybody unprepared to push and shove isn’t going to have a good time.

Anyone who thinks he’s fucking about shouldn’t think about staying too long.

With a persona like his, it would be easy for some to link him to the wildly incorrect idea that hip-hop has a negative influence on society today. Appearance is not everything, and slowthai is a deeply personal and thoughtful artist – his music is a diary, a diary that’s built on unnerving, wonky, dark beats, written via one take verses rapped with a visceral energy whilst maintaining a surprising measure of sonic versatility.

At the close of his latest EP, ‘Runt’, comes the song ‘Slow Down’, featuring a pre-chorus of “Fuck Santa, cuz we’re cold as shit // Boiler broke on christmas day // Ask Santa, ‘Why’s my life this way?’ // Putting heating on my next wish list” – listeners are taken through an enveloping feeling of disappointment on what is meant to be the happiest day of the year for the majority of the population, eerie strings providing the backing to this reminder of an unfortunately common but forgotten existence. Go back a year and listen to ‘IDGAF’, slowthai strips back the storytelling, and what comes forth is a juxtaposing track, switching between moments of calming reflection and raw anger over distorted beats reminiscent of ‘Cherry Bomb’-era Tyler, the Creator. His flow is varied and constantly interesting, pristine and intelligible, even when he’s going full pelt.

And then of course there’s his breakout single ‘T N Biscuits’, a track that is in every aspect indicative of this range, right down to its title bringing up visions of small-town quaint living whilst slowthai opens with “Drug dealer // I wear Nike not FILA // lean like Tower Pisa // I smile like Mona Lisa”. His flow is laid back yet aggressive, and the instrumental is similar in fashion, woozy and dark yet still maintaining energy – sliding sub-bass, stuttering synths, a crunchy snare, lush hi-hats, and tactical tambourine use:

And just to top it all off, there’s his music videos too. ‘Ladies’ contains a scene where he lies naked embracing his fully-clothed girlfriend in a feminist critique of street culture where women are often seen as commodities to be gathered. ‘North Nights’ contains references to classic horror films like ‘La Haine’, ‘A Clockwork Orange’, and ‘The Shining’. ‘Drug Dealer’ is a hodge-podge of humour and darkness, showing the rapper strangling himself until he’s blue in the face with a school tie, parading around in boxers and a trench coat with a sawn-off shotgun, slamming an endless line of mobile phones whilst suited-up in an office bragging about his exploits. I could go on and on – they’re indicative of how serious Tyron Frampton (real name) is about his art: he wants people to be engaged, he wants people to listen. His videos round out an already large personality, and give him an intense likability.

“I want to speak to everyone, but I only want to really speak to the people that feel it in their heart. Like it actually does something for them. And everything I’m doing, I’m learning more about myself.”

This is not someone hell-bent on fame, he’s not looking for a cosign from Drake. He’s trying to make his own mark. I genuinely don’t think he’s had a bad release thus far.

Keep watch. Stay sharp. slowthai is on the move.

This article was written by Mo Hafeez